You might think that with a family the size of the one I grew up in, we would eat anything that was put in front of us.  Not so.  Although we were avid partakers of our own favorite dishes, we had several idiosyncrasies that were unique to us alone.

Steak was expensive, and I don’t remember eating much of it growing up.  But if we were lucky enough to have pork chops or something like that, you could bet that the fat was trimmed from the meat and it was cooked well done.

Eggs were another thing that were fried well done.  It was difficult to fix eggs for us kids, because we wanted them fried really hard.

Mama used a heavy iron spatula and a cast iron skillet to fix breakfast in, and she cooked the eggs to the point that any nutritional value at all was cooked out.  They were black, tough, lacy edged, rubber-looking eggs, but man they were tasty.  You had to have a sharp knife to eat them and I had the debatable honor of being the only person at Briggs School to have broken a tooth on a fried egg.  I still like to eat eggs that way occasionally.

Once I went hunting with a favorite uncle of mine that had no children of his own, so I really took up with him because he talked to me like I was an adult instead of being only seven years old.  I think Ol’ Skeet was the favorite uncle of most of my siblings.  At times, my brother Leon will start a story with, “You remember when Skeet and Dude…..?” and then he’ll launch into an escapade from some long forgotten past.  Dude was another of my favorites, but that’s another story.

Anyway, we hunted all that day up on Badger Flats, I don’t remember what we were hunting.  I guess anything that stuck its head out of that shinnery brush.   When it came time to leave, Skeet blew long and hard on his horn to call in his dogs.  The horn was made from the horn of a cow or a bull that no longer had any use for the horns.

The dogs all came to the sound of the horn except one of Skeet’s favorite hounds, Rock or Drum or something like that.  He allowed as how that was all right because we would come back the next day and pick the dog up.

Early the next morning Uncle Skeet, my dad, and I embarked on a quest for the wayward hound.  After looking unsuccessfully for the dog all morning, we arrived at a friend’s house, a long way back in the hills.  These hospitable folks invited us to dinner, which was what they used to call the noon meal.

Guess what was on the menu?  A huge platter of wide-eyed greasy, soft cooked eggs nestled on a platter of thick pink slabs of ham.  Great gobs of fat hung obscenely to the corners of the ham.  The crowning insult was a huge bowl of cream gravy that resembled wall paper paste.  I felt my stomach do a little turn at that point, not unlike the butterflies that you get when the teacher calls you to the blackboard and you haven’t been paying attention in math class.  Sort of a churning sensation that scares a seven-year old mind.

As the diners started passing the food around, a fat hen walked in the kitchen door.  There was no screen door and the chicken flew up onto the table and started pecking at the biscuits that were sitting by my elbow.

I was unaccustomed to chickens walking about on the table, and it shocked me somewhat to see this happen.  The diners thought nothing of this and continued to eat.  Both Skeet and Daddy, living by the code of the hills, bravely placed food upon their plates and began to partake of the vittles.

I, being a weak-stomached child, did the only thing I could under the circumstances.  My breakfast came up the same way that it went down, in the most unpleasant way imaginable.

Daddy immediately grabbed me up, and Uncle Skeet started to castigate him for bringing a child out so soon after having the chicken pox.  (Daddy and Skeet could think fast on their feet when they had to, especially when faced with eating almost raw eggs and fatty undercooked meat.)  He told his friends he was sorry that his son caused so much trouble, and for them to stop in the next time they were down our way.

The search for the lost hound was over for the day.  Skeet congratulated me on the way home for my performance, and Daddy bought me an Eskimo pie for my trouble.

We got the old ’40 Ford pickup to about 35 miles per hour on our way home—-after all, we didn’t want to be late for supper. 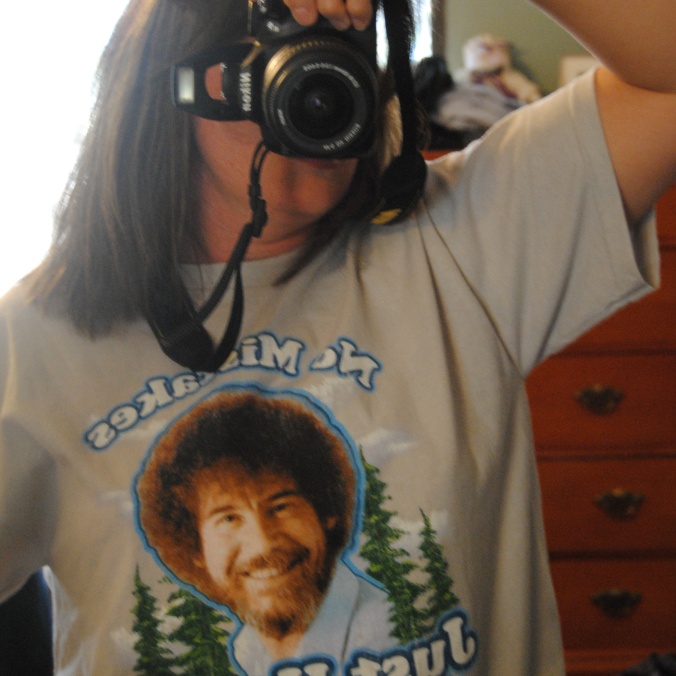