It happened on a Sunday morning two years ago.  Or was it three?  I really don’t know.  Not because I don’t remember it vividly, but instead because I dismissed it as nonsense, ridiculousness, even poppycock.

I had gone to church that morning.  Whether I started my day with a heavy heart or whether I became burdened during the service, I don’t remember.  But it happened during that time of our church service when our pastor asked for anyone who had a need to stand right where they are to be prayed for.  This is a common practice in our church.  People have needs.  We’re sick.  Sick in body and sick in spirit.  You shouldn’t have to leave the House of the Lord in the same condition in which you entered.  He is, after all, the Great Physician.

I stood.  I can’t recall my need now.  Perhaps it was a broken heart.  Maybe financial worries.  It could’ve been I was feeling a sore throat coming on.  Whatever it was, the Holy Spirit led me to stand.  Which is not easy.  When the Holy Spirit begins talking to me, my pride begins yelling louder.  “What are you doing?” it screams.  “Do you want all these people to know you’ve got problems?  Don’t you care what they are thinking?  Don’t do it!  Don’t stand.  You can pray for yourself.  You don’t need others to pray for you“.  But deep down, I know God desires obedience.  It will be rewarded.  So this time, my pride gets hushed, and I stand.  I can feel all those pairs of eyes boring into me.  My body temperature rises.  My neck begins to burn.  Then the preacher asks for everyone who is standing to have a prayer partner.  The sound of shuffling feet fills the sanctuary as people rise to meet the ones who are standing.  I feel hands on my back, on my shoulders.  I hear whispered prayers being lifted towards the heavens.  People interceding on my behalf.  The prayers end.  We clap our hands to the Lord, praising Him for what He is going to do.  I  look up at the ones who prayed for me.  We embrace.  Eyes are brimming with tears.

And that’s when it happened.  A small, older man, who had never spoken more than a cordial greeting to me, with his dark skin and heavy foreign accent looked at me and confidently proclaimed, “The Lord will give you a baby.”

I smiled politely.
I’m not even praying for a baby I thought to myself.

We sat down, and as the preacher gave final announcements, I remember my mind drifting to what had just been spoken to me.  I even felt a little angry.  Why do people automatically assume that I want a baby?

Church dismissed and we went on with our day.  But no matter how hard I tried, I couldn’t forget that event.  I chuckled to myself.  Much like Sarah from the Bible did when she was told she would have a baby.   What a crazy old man, assuming things he has no idea about.  I told a few people and they laughed with me.  How weird.  How strange.  How bizarre.

Now fast forward to November 2011.  I’m walking out of the Sunday School room into a narrow hallway and I meet that same man.  I doubt he even knows my name.  His large brown eyes dropped to my bulging belly.  He wagged his wrinkled finger toward it and in his thick accent said, “I told you.”

“I believe you now.” I answered with a smile.  He went on to explain to me that God had been talking to him and wanting him to tell me.  He said it wasn’t just once, but two or three times.  Finally, he obeyed.  Okay, I’ll tell her, he said.

So.  He isn’t a crazy man afterall.  In fact, he assumed nothing about my needs.  He was obedient to the voice of God no matter how crazy it sounded to me.

Just as so many women were visited by a messenger and told they were going to give birth, I too, was visited by a messenger and told the same thing.  But I didn’t believe him.  Right there, in church, during prayer, as obvious as a lightening strike, God spoke to me through someone else, and yet my ears remained closed.  I even scoffed.  I wonder how many blessings I’ve missed because of my lack of faith?  I hope I have learned my lesson.

God is speaking to you.
Listen. 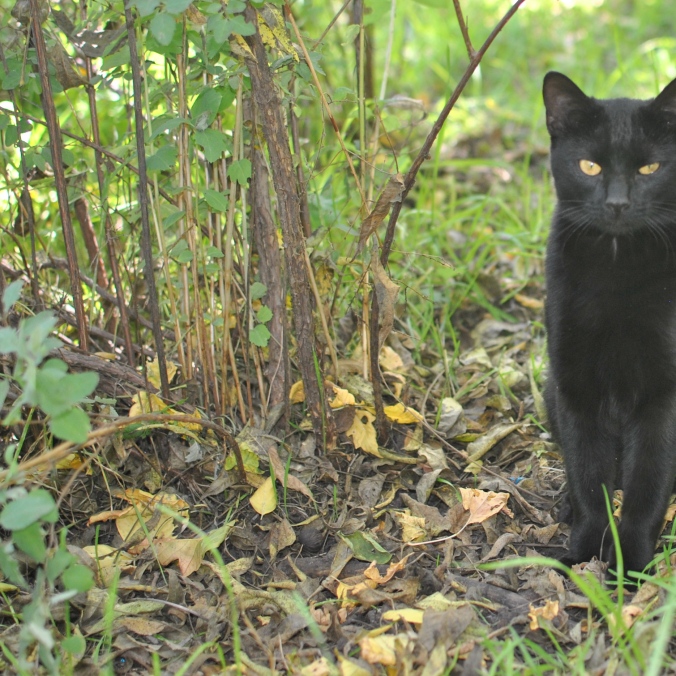