Well folks, I’m here to announce my flock of 14 birds is officially down to eight.

The casualties are:
1 yellow chicken killed by a coyote in plain sight
1 yellow chicken found lying dead in the coop in March 2012.  Cause of death: unknown
The remains of one yellow chicken (mostly feathers) found in an abandoned outbuilding in April 2012, obvious murder

I should have eleven chickens.  I had eleven chickens earlier in the week.  But tonight, I only counted eight.  I scanned the vicinity and found none, so I waited until dusk for them to come in to the coop to roost in order to get a good count.  There are only eight.

I looked everywhere for signs of foul play.  Or would that be fowl play?
I got nothing.  Not a feather, not a speck of blood, not a chicken track.

I’ve questioned the dogs.  I’ve interrogated the horses.  Played a little good cop/bad cop.  They’re not talking.  Not even when I offered a reward of 1 bucket of oats for any information leading to the arrest of person or persons involved in the disappearance of 3 chickens in one week.

It’s a classic whodunit.  Has something bad happened to my three chickens?

Or have these hens simply crossed the road to get to the other side?

I will be interrupting your regularly scheduled program for any urgent news updates.

5 thoughts on “The Demise of the J&A Chicken Ranch” 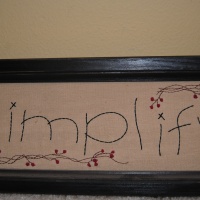