I had to do a little digging for this fun fact, but for the first time since August of 2009, I did not publish a blog post.

I have had a post except this last month.

That’s kind of a sad situation.

But it doesn’t have to be that way.

Since I missed August 2013, I’ll give a quick recap of the other things that stole my time, that is if I can remember.

First off, we got a puppy.

I started having some puppy fever back in the early summer and I found myself searching for a dog.  This was crazy.  My bro-in-law said what I needed was another baby, but you know, puppies don’t live as long.  Or cost as much.

Here he is running like crazy to get away from these 2, who seem to want to love him a little too much.

And here he is, realizing love is a pretty cool thing.

We call him Ozzie.

Oz, the great and powerful.  He likes to bark at himself in the mirror and other inanimate objects like EK’s little rocking horse.  He is a sweet boy and is equivalent to having another 19 month old in the house.  He’s into everything, I have to tell him not to chew on crayons too, and he pees and poops as he pleases.  Kind of like some one else I know.

Speaking of…….I’m attempting to potty train this sweet girl of mine.  She’s not having any part of it.  She wants to wear her panties, but is a bit traumatized by the potty chair.  This came about after she peed on my lap and I screamed.  She got scared and cried as my mom yanked her britches down and plopped her on the potty that was sitting in the living room floor.  I had run to the bathroom to wipe the pee that was running down my bare legs and onto my socks, so let’s just say that now, she is not sitting on that potty for nothing.  So we put away the concept for a while and we’ll work on house training Ozzie instead.

Once upon a time, she liked her potty, but only with her clothes on.

Also, in the month of August, I met a writing deadline.  This is something I’m super proud of.  I freelanced a story and spent most of August writing/editing/crying/drinking coffee/burning the midnight oil/stressing/praying/walking the floor/and doubting my ability.  But by August 31, it was complete and I actually received payment, which is pretty awesome.   It was 30,000 words which is about 29,300 more than the longest blog post I’ve ever written.  It ended up being 115 pages and I feel like I birthed a baby.

I think, if I’m brave enough, I can maybe call myself a writer now that someone actually paid me to write a story.   I have another one to write this month, due by Sept. 30.  I need a few extra hours in the day, or just to unplug from the internet, hire a babysitter, and sit my butt down long enough to write.  It’s hard y’all, real hard.  But it’s also completely cool.

The month was also spent with family who came to visit and outings to the mountains to hike and camp.   School started for my sweet niece Ash who made cheerleader.  So we’re acquainting ourselves with the rules of volleyball and dusting off our stadium seats for football games. 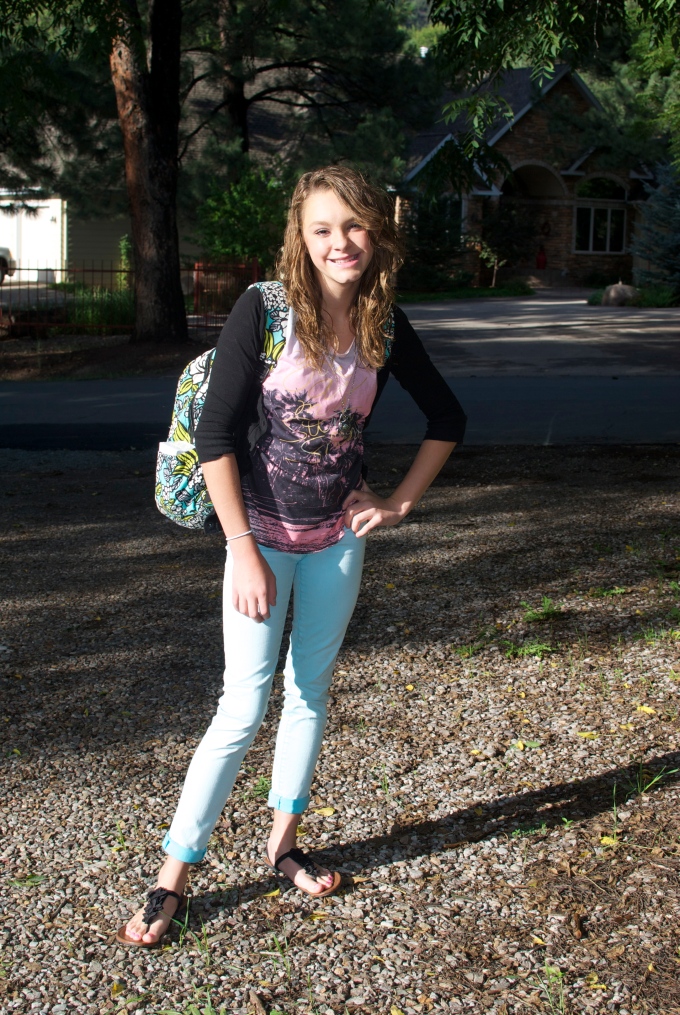 Here she is on her first day of high school.

As one of my friend’s daddy used to say, the days go by slow but the years go by fast.

May we cherish every moment. 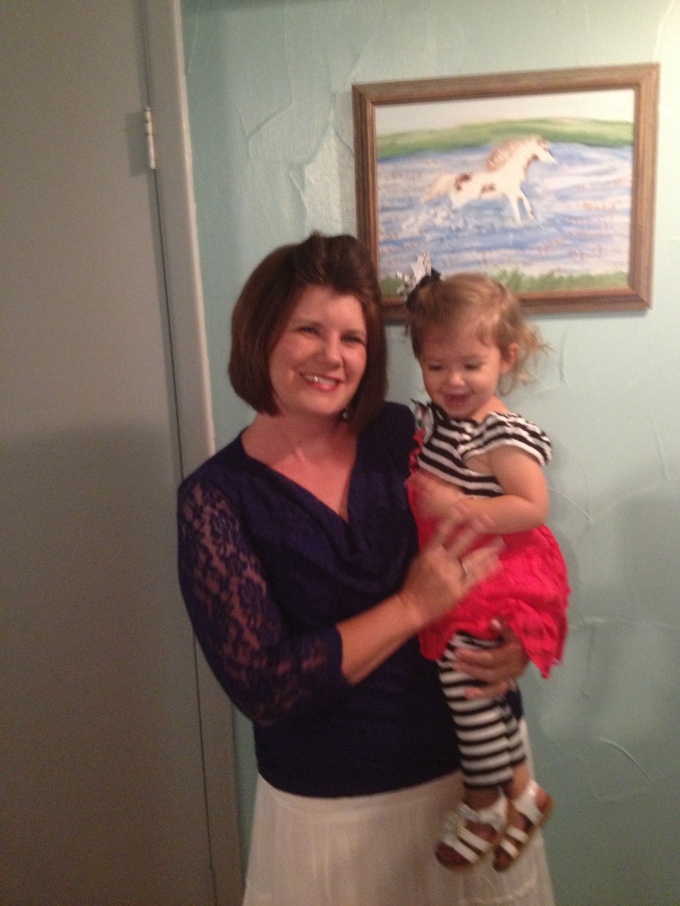