I went to the bathroom and I mean to tell you, I was not in there longer than a minute. Probably 40 seconds tops. I don’t piddle in the bathroom. Well I do piddle, but I don’t piddle, if you know what I’m trying to say. All those years of teaching school taught me how to pee fast. When you leave 20 some-odd young children alone in a classroom, you better only do it for less than a minute. That real life skill has proven to be very handy when you also must leave a 2 year old alone in another room of the house, which doesn’t happen very often. Usually she follows me right along. But today, she had more important things to do, like picking out her fingernail polish.

Earlier we had a fight, a big one. You see, every day this little girl wants to wear a “beautiful duress” as she says. I let her choose one this morning that she wore until afternoon. Then, after eating lunch with Ashlynn, the dress was wet and dirty. She wanted it off and wanted another beautiful “duress”. Well, this time I chose, and she didn’t want to wear it. It turned into a fight. A literal, physical struggle of me trying to push the thing over her head and pull her arms through the arm holes, while she cried and fought and kept getting it back off her head.

Yes, part way through this battle, I thought of giving up. It was a dress, for crying out loud. A truly inconsequential item. Why was I fighting a 2 year over what she was going to wear, especially when we weren’t even leaving the house? The thought crossed my mind, but was overruled by another thought. The little girl is headstrong. Of late, she is super duper, bigtime headstrong, and if I gave up, it would send a message to her. The message that she won. The message that she is the boss of me. That the simple act of throwing a wall-eyed, screaming Mimi fit is all it takes to get her way. Because of that, I dug in, and because I’m bigger and stronger, I won.

She left the room crying loudly. She wanted nothing to do with me after that. She paced back and forth crying. Pulling the skirt of the dress out to look at it, she kept repeating, “it isn’t beautiful. It isn’t beautiful”. I felt terrible. She wouldn’t let me console her. So I did what all first time, questioning mothers do, I left her crying in the hallway and I went to google.

I read: The strong-willed child is self-motivated and inner directed. They aren’t easily swayed from their viewpoints (or choice of “beautiful duress” in this case) And they want to be in charge of themselves (and in EK’s case, everyone else as well). I was advised to give her authority over her own body. Exactly what I didn’t do. This article went on to make me feel terrible as a mom by saying these children feel their integrity has been compromised if they are forced to submit to another’s will.

Mom 2: But it was just a dress. Completely unimportant.

Mom 1: But it is a matter of principal.

Mom 2: But it wasn’t a matter of morals.

The strong willed child wants respect. They like to have choices. They want to pick out their own stinking dress.

The article went on to give me suggestions on how to handle her, of which did not say to pin her down and force her to wear something that in her eye is not a “beautiful duress”.

So, yeah, I botched this one.

We made up, I think.

At nap time, she slept in my arms, as sweet and as precious as the day she was born. While I watched her little mouth do that suckling thing, I thought about what kind of kid she is. I wondered if this new EK was a stage she is going through or if this is her personality, just now appearing.

I truly did not ever imagine she would be so independent. So head strong. So…..dare I say it……bossy. Just a few months ago, she was a timid, cautious child who sat back and observed before jumping in. She was easy to deal with, curious of all things introduced to her, sweet and kind. And now, she’s hitting the dog with a stick, and bossing anyone and everyone who will allow her to. She is raising her voice and demanding people do her bidding. She wants it to be her idea first. She argues like something I’ve never seen. And if you change your standpoint and agree with her, she’ll argue the other side that she was just arguing against! She tells me she’s busy and “just a second” when I tell her to do something (Things she’s heard from me, I know) When do you punish your kid for sounding like you?

I realize that she is only two and that she has great qualities and traits and potential for leadership, but in a little toddler who still sucks a pacifier, sometimes her ways come across as a little bratty. That is the last thing I want. A bratty kid.

Wow, this parenting is no easy gig.

She is two. But she is not a terrible two. Before you start thinking I’m all down on my kid, I AM NOT. She is my love, my precious gift, and she is amazing in so many ways. She does not wreak havoc, make disastrous messes, or terrorize or even throw tantrums. Yet. I’m going to say yet. Because I am not sure what is ahead. It’s all just a little confusing because it’s just a side of her that I haven’t seen and didn’t think would be a part of her personality, and I really, really hope it is only a stage.

Anyway, back to the purpose of this post. I held her while she napped, and then suddenly her eyes popped open. She began crawling out of my lap, informing me she was going to paint her fingernails. Informing me. Not asking. But telling me she was going to paint her fingernails. I chose not to fight this battle with a no, and instead told her I WOULD PAINT HER FINGERNAILS FOR HER. But first I had to go to potty. She was left to choose her polish and that’s when I went to the bathroom.

When I walked out of the bathroom, she was already in charge. Full leadership mode. She had chosen the color she wanted from Ashlynn’s bag full of polishes, unscrewed the lid, and was taking care of business.

She was doing a great job.

So I let her finish her left hand, and then I painted her right.

5 thoughts on “Two, but not terribly terrible” 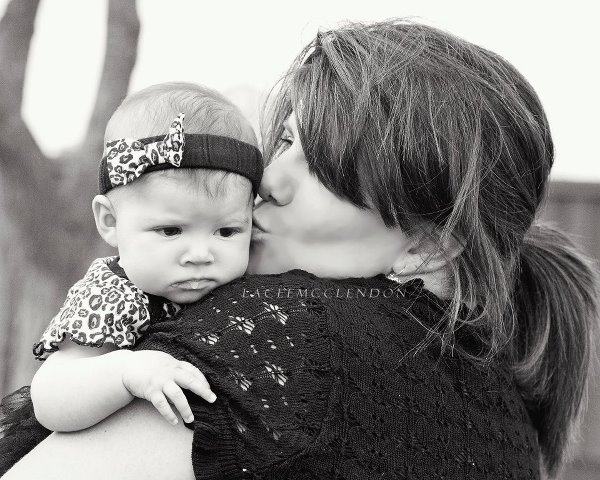