Instead of Spring Fever, I have contracted a bad case of Chicken Fever (this is not to be mistaken with Bird Flu). It has been brought on by pictures, videos and reports of friends and family getting some new spring chicks.

If you didn’t know, my flock of fowl came to a bitter end a couple months ago after losing the last 2 to a raccoon. It was heartbreaking.

Today I decided “it’s Easter time, it’s springtime, I’m going to the feed store and picking out some baby chicks”. This was  completely an impulsive idea since our family is in a state of transition and because we’re not exactly set up for a new brood of babies, but I let the impulsivity settle in and I set about preparing for some new chicks. My husband built me a nice mobile chicken coop a few months back that I could use to easily keep them safe and warm, so I decided to get busy. My first order of business was to walk through some high grass and drag it to another part of the yard.

Now friends, I consider myself a brave person for the most part. That is, as long as I keep both feet on the ground. I really don’t care for deep water, and I’d rather not participate in anything that involves jumping from a cliff so I’ll just politely decline. But you know, the everyday things don’t too much bother me. I’m not afraid of spiders or storms or Friday the 13ths. Despite my courage with these things, there is still one thing that will make me scream out loud and pee down my leg a little and that is a snake in the grass. Or one in the road. Or the pasture or even a cage for that matter. They just give me the eebie jeebies. It goes back to Genesis where God says to the serpent “You will crawl on your belly and strike at their heels and they will pee down their legs” or something close to that.

I’ve had my fair share of snake experiences, more than I care to count.  I’ve even had one of those real scary snakes shake their tail at me and I’m telling you what……there is nothing that can make your heart quicken like hearing that sound.  Living in the country in Texas taught me how to differentiate between the “safe” bull snakes and the poisonous rattlers but no matter the kind, I still don’t like them.

We have a big backyard here in New Mexico, full of big trees and unkept grasses. It’s a bit wildernessy and wild with sticks and rocks and a creek that butts up to it. It’s a great place for our three dogs to run and live like dogs.  “Worthless” dogs as my husband would call them, because you see J-Dub believes animals should have a job or serve a purpose (like a horse, a cow, a pack mule, a chicken) and these dogs are nothing more than pets. Mostly he’s joking. Mostly. But it wouldn’t hurt if they could do a little something to earn their keep around here.

Now in this big backyard, just this spring, I have seen no less than FOUR SNAKES!!! FOUR! Granted, they’re nothing like the big bull snakes that hung out with me in Texas, they’re just little old grass snakes, but they’re snakes just the same. They crawl on their bellies and give me the shivers.

The other day, our little dog Ozzie and our middle-sized dog Grace were bothering a snake in the yard and EK and I wanted to spend the day outside without worrying about a snake, so I got a big shot of bravery and decided I would remove the snake from the yard. It was coiled up good so I got a shovel and scooped that little serpent up. I held that shovel out away from my body as far as I could and I fast walked to the fence to chunk it over. But Grace, the cow dog, was too nosey and jumped up to see what I was carrying and the snake slithered off my shovel and into the tall grass. So much for my bravery. Watching that sucker slither off, made me turn and run in the other direction. I’ve had enough of that good deed.

Today after getting my wild new chicken whim,  I attempted to drag the heavy mobile chicken coop to a different part of the yard. I pulled out my back and only managed to get it out of its deep ruts about 1/2 inch when I noticed that Ozzie was interested in something in the grass. He kept sticking his nose in and jumping back a little. Grace ran over, nosey as always, and I called her back just to see what would happen. Ozzie stuck his nose in and out quickly a couple of times before he dove in hard and pulled out a snake and began shaking and biting and I’ll be dadgummed if he didn’t kill that snake right then and there.

His worth just about quadrupled in my book. I think I’ll keep this one around. My little snake killer.

And I’ll keep this one because he’ll defend his turf and take on anything that dares threaten his people. He’s fought porcupines, raccoons, skunks, and even those fearsome possums–you know, the ones that play dead.

And this one? She’s still got a lot of earning her keep to do. But she’ll love you to death and is sewn together out of 100% obedience and loyalty. I guess we’ll keep her too.

Needless to say friends, with the excitement of the morning, I didn’t get a chicken coop moved. Nor did I get any chicks today. I think pulling out my back cured my chicken fever…for a while anyway.

Although I woke from a very restless sleep, my body groaning under the weight of its 40 years: hips and hamstrings, neck and knees, the outside world renews me. I’m so glad my 3-year-old wanted to dress and head directly outside, despite my opposition.

The birds are so happy today and why shouldn’t they be? They are announcing the coming of a glorious day.

The earth is wet from either a heavy dew or a light rain and it doesn’t take long for Emma’s shoes to grow wet all the way to her pale pink socks, as she frolics and plays.  The sun is warming the world ever so slowly, removing the chill, granting the warmth.

There is an earthy smell of rebirth in the air. The wind carries it on its breath. Nothing can keep quiet. Nothing can be still, for this day is indeed worth shouting about. The whole of nature is trumpeting the coming of spring!

So I sit with the small pleasure of life: coffee, front porches, pen and paper, and wet tennis shoes. I watch the world in all its activity. My little black cat pounces and climbs, pausing on occasion to stare at something unseen to me, and switch her tail in eager anticipation. And then, as if it couldn’t get any better, the icing on the cake—–a “butterfly”, as my daughter calls them dances by.  She’s black with yellow rimmed wings. She too heard the call of nature, felt the breezes, heard the birds, smelled the dampness of the earth and yet, knowing her days were short, came out to play.

Apple trees are in bloom, lilac bushes are in bud.  I say to them, “careful, careful, not too soon. Have patience”. But surely they know better than I.

My senses take it all in. My soul exhales the dregs of winter. Truly nature is where we find rest yet energy, calmness yet revitalization, serenity yet pulse. A place of reprieve, of lessons, of growth, of birth.

“The day the Lord created hope was probably the same day he created spring.~~Bernard Williams

Lose this day loitering—-’twill be the same story

Tomorrow and the next more dilatory;

Each indecision brings its own delays,

Are you in earnest? Seize this very minute—

Boldness has genius, power and magic in it.

Only engage, and then the mind grows heated—

Begin it, and then the work will be completed!

This is a poem I read the other day.  It spoke to me so much I copied it and taped it to my wall.  Every day I read it, and yet…..well you know the rest of the story.

It is so very inspiring, and at the same time it still doesn’t do the job.  A cattle prod.  That’s what I need….a cattle prod. 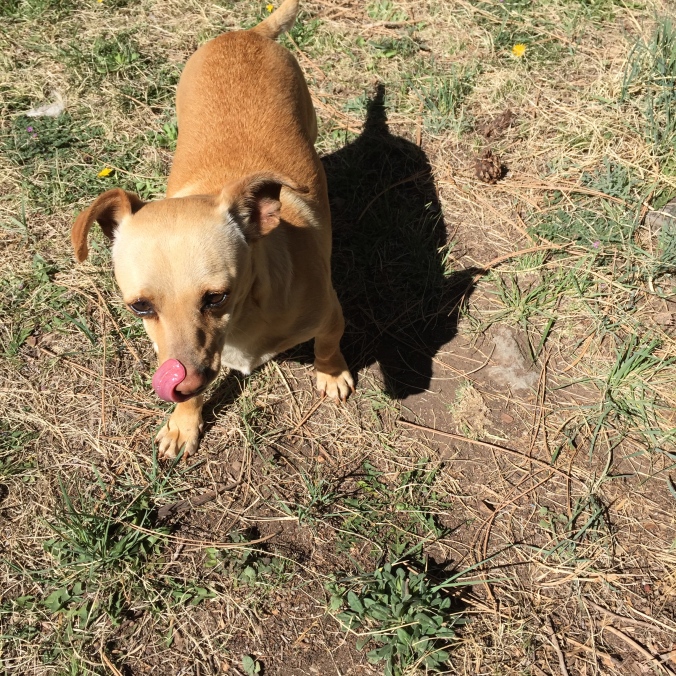