We had to say good-bye to one of the finest dogs there was.

He was somewhere around 11 years old. Give or take a year. He was named after a preschool classmate of Ashlynn’s. He was her second puppy after her first Drew Miller met an unfortunate end under a car tire. So when asked what to call the new puppy, he was Drew Miller too. Or Drew Miller #2. I guess technically he was Drew Miller #3 if you count the classmate.

He had the manner of a cat, not giving a flip if you pet him or not. or if you liked him or not. He was not a man’s dog. He was not a companion dog. He was a dog’s dog.  Unlike most dogs that eagerly run to greet you, if he was feeling generous he might raise his eyebrows and thump his massive tail no more than four times on the ground in greeting.  That was as good as it got. He wasn’t one to be bought or tricked or persuaded.  Not even with steak.

He was a large fellow, narrow through the hips and broad in the chest. Built like a Marine but with an awkward gait that showed something wasn’t quite right in his hips. He never allowed that to stop him on our outings and he would run as far and as fast as he could before slowing to a crawl and lagging far behind. Tongue lolling. Then when you least expected it, here he’d come blasting past with renewed energy. He was rescued from the humane society and was labeled part border collie, which couldn’t have been the farthest from the truth. Part beaver and part killing machine was more accurate.

He was a wood chewer and loved a good stick to chew although fetching one was out of the question. He practically ate our house down to the shingles as a puppy. “You can’t fault him for being a dog,” my dad replied after my complaints

He loved to be outdoors in any weather and often had to be dragged inside with a leash on a frigid night. 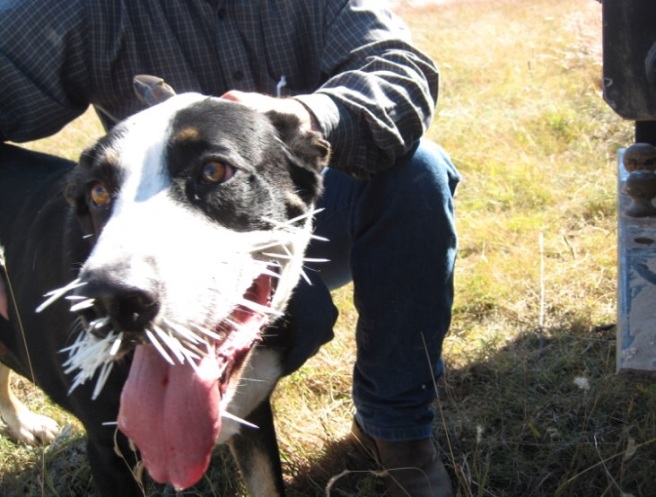 He had the heart of a warrior, fighting anything that threatened his territory.  Porcupines, badgers, skunks, possums, and rats. He was proud of his kills and laid beside them until we took notice and patted him on the head. He alerted us to snakes and strangers; yet was gentle around all things important: chickens, cats, and kids. His tail was a weapon in itself if he ever whacked you alongside the thigh on his way to chase a rabbit.

He was a country dog to the core. He lived a good life on many adventures with J-dub and me from the prairies of Texas to the mountains of New Mexico. He spent his golden years running, chasing, and occasionally catching out in the open range. The wind in his face. Untethered. Just being a dog.

He will be missed. 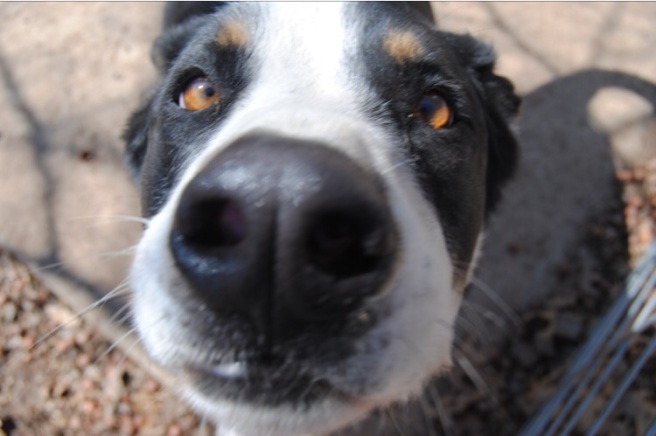 I’m Angel, a.k.a. Rocket Surgeon, and these are my chronicles. I love writing and I believe our stories should be shared, so here you’ll find anecdotes of my life, loves, worries, fears, joys, and experiences. I blog about my mishaps and adventures as a wife, mommy, auntie, wanna-be writer, teacher, Texan, country/city/mountain girl, cereal killer and Jesus-freak. A few things you might discover about me: •Jesus is my everything; without Him I am nothing, but with him I can do all things •My family makes this world a better place for me to live in •I adore chickens, the live ones, although the cooked ones aren’t too bad either •I have 2 dogs: Grace and Ozzie. And one cat: Rocky Muffin •My dream job would be to raise chickens and write best sellers Thanks for stopping by. Kick off your shoes and stay awhile. I know your time is valuable and I honor you for spending a few moments here with me. I hope you find something to brighten your day, lighten your load, make you chuckle and remind you of the good in the world. “When you look for the bad in mankind, expecting to find it, you surely will." Pollyanna I’m always eager to meet new online friends, so leave a comment and introduce yourself. View all posts by Angel